Admit it. You Sell On Price! 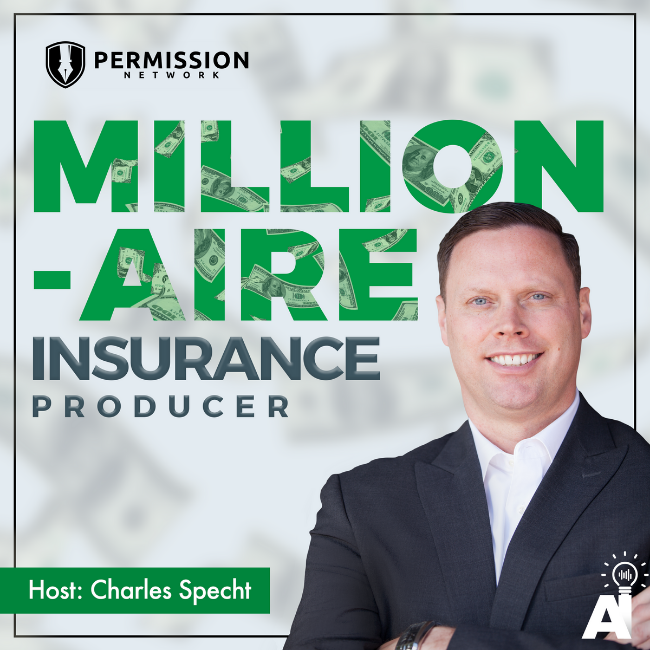 Admit it. Go ahead. Admit that you win a lot of new business by being the agent who offers a cheaper priced quote than your competitor. It’s ok. Go ahead and admit. Why? Because that’s a good thing. A very good thing. Price is very important. Price is so important, actually, that you’d be doing […]

Unless you have the “pen” for one of the carriers, you don’t determine price or rates. The underwriter has all of the control for that. So, the competition really takes place at the “underwriting level” and not at the “retail agent” level.  Why do your prospects think they can get better quotes by working with […]

Many insurance brokers “ghost” their clients once the dust of the policy binding process settles. They move on to other things and conveniently “forget” to implement the services they promised the insured in exchange for their business. Or, they just flat out provide poor customer service after the sale. In this throwback episode of the […]

Get Off My Lawn!

There are a lot of male, pale, and stale insurance agents out there who think winning a new client by anything other than with a handshake and a “napkin deal” is unethical. Well, I kindly disagree.  In this episode of the Millionaire Insurance Producer podcast, host Charles Specht explains why the BOR is an ETHICAL instrument […]

Throwback: How to Win BOR’s Through Better NEGOTIATION with Underwriters

Most insurance brokers don’t have a “Plan of Attack” when it comes to representing their prospects/clients in the marketplace.  In this throwback episode of the Millionaire Insurance Producer podcast, host Charles Specht explains that the producers who get the most signed BOR’s are those brokers who can effectively explain, to the insured, how they will […]

Throwback: How to Get Your Prospects to Trust You

The biggest problem insurance agents struggle with is not market access or even a lack of services provided by their agency. The biggest problem is a lack of trust from your prospects. In this throwback episode of the Millionaire Insurance Producer podcast, host Charles Specht breaks down ten of the main reasons why insurance buyers […]

How to Get Your Prospects to Stop Lying to You

Lies, lies, and more lies. So very often that’s all we hear from our prospects. It happens to you and it happens to your competitors. But, there is definitely something you can do to make it happen much less often and–even–use it to win more signed Broker of Record Letters. In this episode of the […]

Throwback: Reasons Why You May Be an Unethical Agent (or not)

You may or may not be an unethical insurance agent, but your prospects don’t know how to tell the difference. In this throwback episode of the Millionaire Insurance Producer podcast, host Charles Specht hopes you won’t “break up with him” as he bullet points a number of reasons both your prospects and your clients don’t […]

Personally, I see the difference being about 50%, between those producers who have a solid plan/strategy, versus those agents who don’t have a prospecting plan. It’s that important! Agents and agencies with no plan write, according to my estimation, 50% less in a year than they could write, if they had a personalized and workable […]